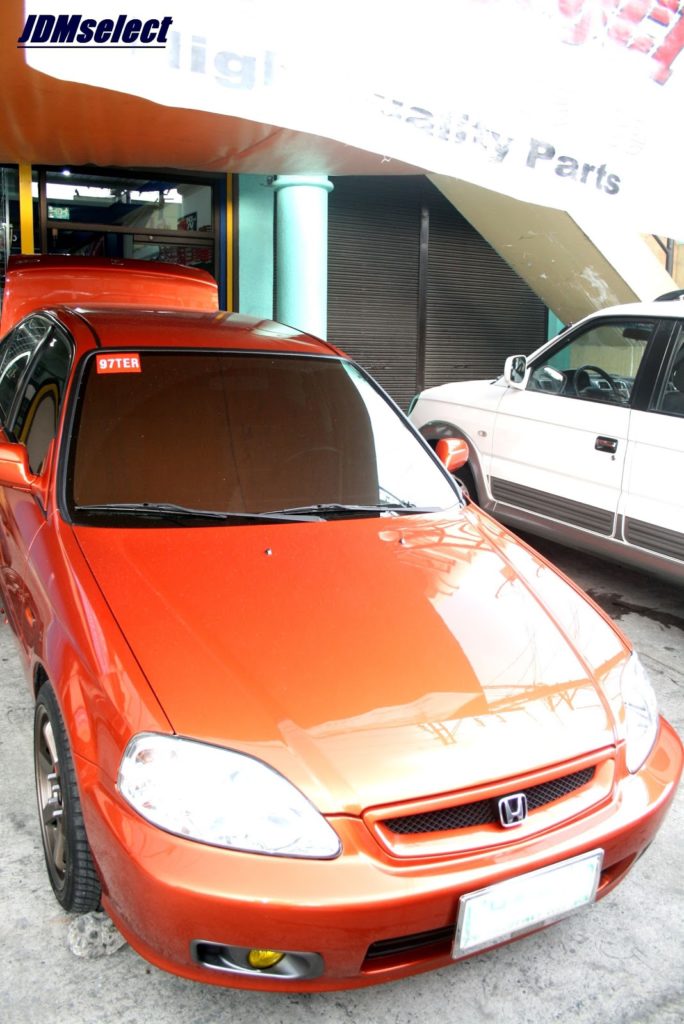 I recently had a conversation with a few friends at the
supplier place. They were talking about a recent thread which came about at
Tsikot.com, regarding a feud or probably a misunderstanding on some JDMU (JDM
Underground) members. I’m not sure if its the same thread but it also talked
about the Civic SIR. People were discussing, why a 12 year old car has such a
high value under its belt. There were also comments such as driver attitude,
generalizing all SIR owners as “Asses” on the road and such. Some comments also
stated that its beyond the times already, and newer cars have already taken its
place in terms of being the king of “Pocket Rockets” Another poster even chose
the road of discussing purchasing power, and some comparing it to equivalent
tuner cars such as the Lancer, Corolla and Sentra and their corresponding
engine swaps.
I was fond of the thread because it was a time machine.
Reading the thread felt like using the good old Internet Explorer rather than
Chrome. It was like using my Acer Aspire with a Pentium 400 and a 3dfx Graphic Card, using a 800×600 CRT, and a mouse that had “bombolyas” (reference to Tulfo
brothers as they threaten Mr. Raymart Santiago J
). On hand was a burger from Hotshots which was twice as large as it is today,
and in the background your sister had her MP3 downloads of all the hottest
boybands playing in her very thick IBM Laptop.
Truly it was like the 90’s as they discussed by people hate
and love the SIR. I think this topic has been discussed a hundred times
already.
For me it was rather simple, so simple that it’s almost embarrassing,
but at the same time, I wanted to voice out something which current EK SIR
owners might share with me. Please bear with me.
The EK SIR is a Casa released car with a potent but not
great B16A engine. At that time, people got a taste of the Type R Engines B16B
and B18c which were used by Honda on their sport models such as the CTR and
Integra Typ R. Because it was assembled by Honda, not by some garage or a
tuner, the SIR held its value well in the market as a factory released and
valid pocket rocket. The aftermarket support was tremendous also during that time
and up to now if I may say. It would take me a day to discuss the amount of
parts available and the ease of access to it as compared to other car models,
it was truly an affordable tuner car at that time. Being able to build an EK
Hatchback a few years back courtesy of Splitsecond, no matter how perfect  the conversion is, no matter how complete the
parts are, it can never compare in terms of feel and value to an SIR. People
may disagree with me but it is what I truly felt. The handling, the suspension,
the noise, how the steering felt, how the doors closed, you can never replace
the precision of a casa as they say. As we fast forward, the SIR is being used
at the car shows, reinventing itself through better parts and that wiretuck we
oh so love, it still wins some car shows and time attacks, autocross events,
drag events, featured at magazines and such, BUT looking at the whole picture as of 2012, it is NOT at
the top of the food chain anymore. This is something our friends on the road
and well, at the forums should understand. It may be the decade’s favourite tune
car, but times have changed and there are newer and better things in the
market.
A guy commented saying, that it became affordable, and more
people can buy it now, there’s another saying that people who bought the SIR in
the past, are now buying cars from PGA, and if you’re buying one now, you’re so
late. Those statements are all true. But allow me to just share how the SIR’s character
and value is so “against the flow” as we compare it to its similar
counterparts, at sulit.com or the most basic form: Manilla Bulletin Sundays.
The SIR is 12 years old and is selling at around 350k to as
much as 600k. Even more if it obviously has more parts. Got pocket change and
balls to buy a 12 year old car for 500K? I salute you. For the same amount you
can buy a 3 year old City, Jazz, Yaris, Vios, Swift.
A good friend of mine was telling me of a story of his
customer already spending 300k, and yet he feels that his SIR is so bare. By
the way, the owner also owns an 2011 STi. Now that for the parts.
Right now, I can think of 10 friends, single and married,
who own executive sedans, SUVs, newer cars and such, but still has an SIR at their garage.
Their common term when I talk to them: “Panlaro” “Pang-Porma” “Pampabata”
Economists forgive me, but I just wanted to use
the term Performing Asset. The SIR is one. As a sideline, I’ve sold 3-4 SIRs
together with a couple of VTis already in a year, mostly outside Manila, it
truly is a money maker, it truly has value. Now that’s demand!
As of now, I’m guilty of resto-modding one, with the right
parts, I’m able to use it once or twice a week, I even use it for deliveries and
going to the shops. My girlfriend hates it, it has no tint, it feels old, the
knobs, switches, the fabric and dash are so 90s, but it gets me from point A to
B with a little more excitement, very raw. It’s as reliable as my 2010 car. Good?

Analogy: If the AE86 was Japan’s favorite tuner car, because of the abundance of parts, affordability, know-how and such.

I can readily say that the Civic SIR is the Philippine’s “AE86”. Its a tuner car that we all learned to love, beyond its age, and limitations, we all got a hold of it and loved it. 🙂