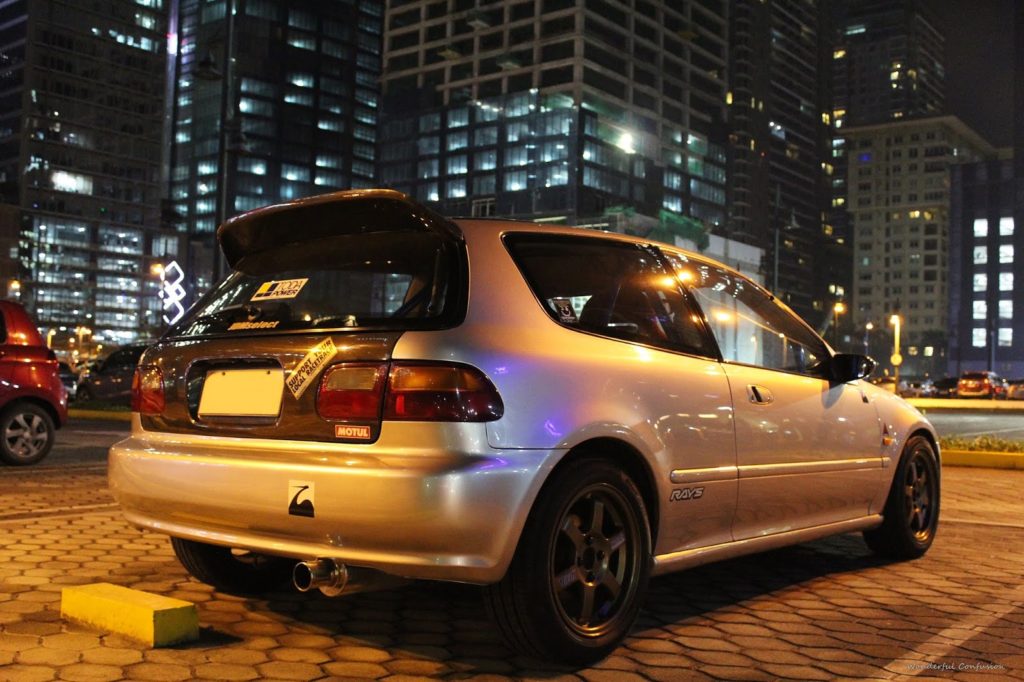 Bakit kailangan ng lumang proyekto in a sea of new and
modern builds which are way faster, stronger and better handling with parts
which are easily accessible which just a click of the mouse. Because besides
the nostalgia factor and the meet where you can “yabang” its hard to find parts,
kailangan natin matuto and tanggapin sa sarili natin that no matter how
difficult or seemingly impossible a build is, no matter how complex the mechanicals
and the parts behind it or the cars inability to make it to the street corner
or even its early morning tantrums, pwede natin ito ayusin and every part has a
match, and every difficult task has a corresponding person and skill who is up for
the job and the challenge it brings.
I was misunderstood as upholding newer models over the old
ones, that at the shop we rather cater and service newer car models for its ease
of parts, less chances of malfunction and not inheriting any previous problems as
a result of wear, tear and age. But in reality I always had this heart for
keeping a side project obviously an older car model may it be a Civic or a
Corolla. Keeping myself busy, fixing, maintaining and collecting the essential
parts for the build. Because like I said, hindi lang tayo nandito just to earn,
and blindly talk to clients just to make money out of them. At its core, I am still an enthusiast, and I also build the things that they also build. I know how it
feels to buy something which doesn’t show you the performance you expect, or  blown
away by price which is dictated by brand not by its use, or the need to get
something installed or running as soon as possible, lack of patience, maximum
gigil, traits which are painfully common amongst “us”.

Ilan ba sa mga kaibigan ko, cliente at kakilala ang isanabuhay ang pagkakaroon ni Takumi ng isang GDB and still having his trusty AE86. That through owning both the old and the new, one comes to a realization of sorts from response, handling and agility.

Don’t get me wrong newer models are good, and technology
triumphs over any excuse maybe except that clear feeling of Nostaliga but old
car projects or its more democratic way of saying it, Classic car projects teach
you a lot. It enables you to appreciate the blessings of today’s cars and indulges
you to car building and parts sourcing not dictated by money but by passion and
attention to every (catalog) detail.

Written and completed overlooking the sunrise by
the sea.