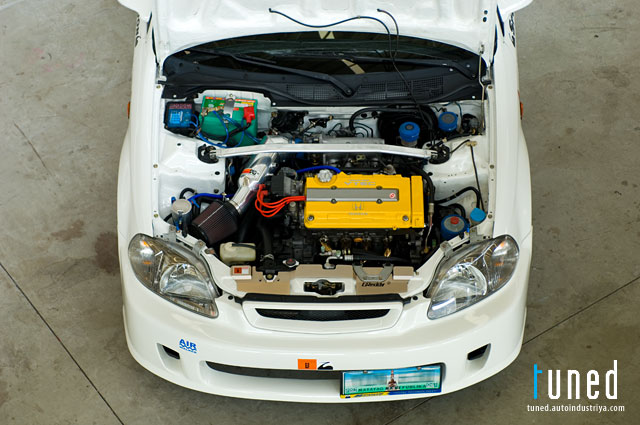 Through our lives as car enthusiasts, we’ve been able to own , drive, encounter and even go against cars which in my opinion are well-respected in their own right. One quick and simple example are the Civic EFs, EGs and EKs who rip through the circuit with blistering lap times. Beyond their simplicity and FWD layout, a massive aftermarket support has enabled them to survive through the times and keep up or even perform better than newer cars with more updated technology. The mere fact that aftermarket companies produce and manufacture parts for them is a true testament of their popularity. Bringing a modded civic to the tracks is like putting a fish in water. I’ve known people who have moved up into their careers, wife and kids, driving SUVs, AUVs or an econo-car, as their everyday commute but come and visit them; opening their garage reveals a Civic, sitting quietly in the corner, shiny, detailed and clean, With a simple glance you can see those green dampers, lightweight wheels, those agressive grooves on the tires and a set of nicely arranged aluminium “teeth” up front is a hint that it truly is a weekend warrior waiting to be unleashed. Another prime example is the Trueno/Sprinter which single handedly sparked the drifting scene by imbedding in our minds the ideal image of drifting. Meaning, when someone says “Drift”, what first goes into your mind? Admit it, it’s that Japanese guy in a green race suit, driving a white Trueno Ae86 calmed and composed as he goes sideways. Am I right? A huge cult following and a wide array of aftermarket parts for a car produced 20 YEARS ago, and still holding unbelievable lap records on circuits and mountain passes, now that’s more that legendary.And who would forget the Starlet, which welcomed us into the world of Autocross/Slalom scene, maybe we were just innocently passing by, doing our shopping with our family at a nearby mall, holding our Marvel cards or dot matrix white Gameboy, and for a moment overhearing tires screeching, we walk and follow the sound curious to what it is, thus leading us to the parking lot; packed with an eager crowd cheering for their stars. That tiny yet agile Toyota, with its rear-wheel-drive format gracefully winding though the cones, and by witnessing is, we are… inspired. Just like that Starlet doing its rounds around the corners, our childhood has completely made a 360-degree turn….That one day, I will Race, One day I will build a car like that, or even better.