An Expensive Kind of Running.. 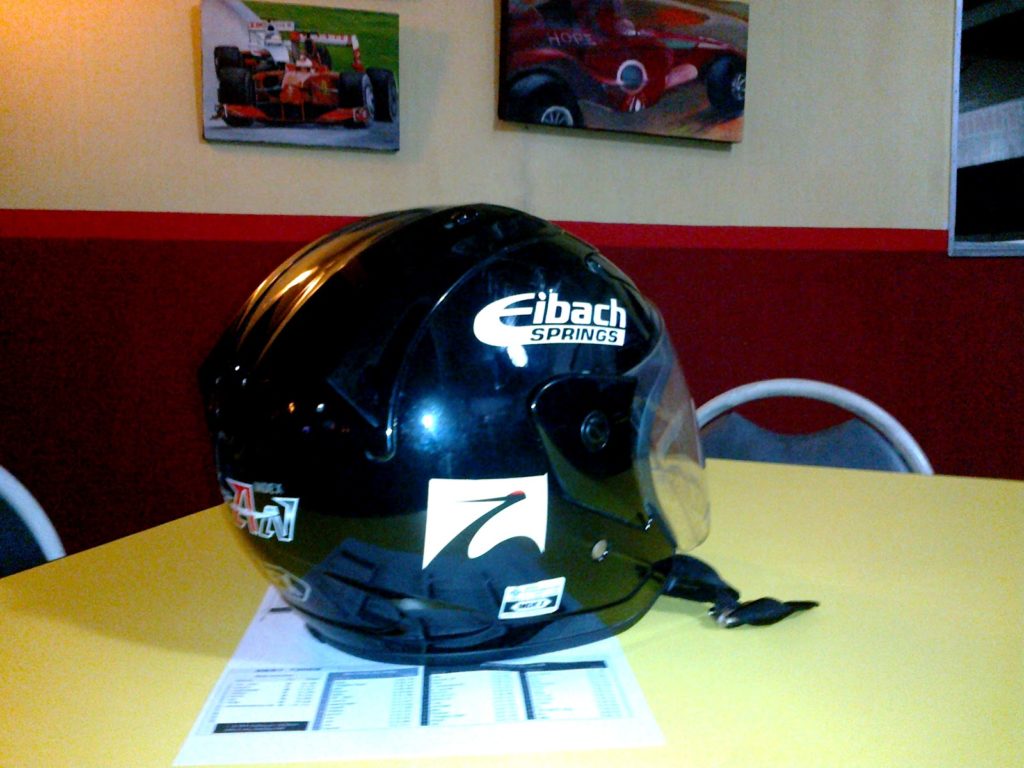 Last night was a short reunion with my friends, Lawrence, Uncle Mark, Alain and Sheyz and a few others. Again, we found ourselves back in familiar territory, something which we used to do quite often a few years back. Karting. I call it my expensive Running/ jogging. Since nowadays I’m limited to just running and a bit of biking a few times in a week at ADMU (I prefer private, clean and green) as my sport, expensive because it will cost you 600.00Php or approximately 15dollars for every 12 minutes. FYI, we paid for the 1,700 package yet again, which give you a total of 36 minutes (3 rounds) and free balaclava.  It will make you sweat, stress out your muscles, surprisingly it’s going to make your mind work a bit by strategizing the racing lines in next few seconds.  Consistency, hand and foot coordination and lots of sweating.
In its most basic sense, as a bunch of grown-ups, we’ve come to love such sport. The cost of such is in essence “acceptable” to us because it’s in line with our passion, business or work. Same way that a basketball player spends time on special training or the doctors, same way a high-powered personality or politician (bleh!) pays Belo or an image consultant huge wads of cash. It’s our quick fix, our drug, which I hopefully can always draw a line from, in between addiction and a once-a-month affair.
I’ve had my share of trackdays at Subic with friends back then using our EKs, EGs etc..but upon reflection, karting probably is the closest you can get to how real professional race car drivers manage their “office”. From Nascar, to GT racing, to Time-attack or even F1. It gives us a glimpse of the most basic things that these guys undergo doing their job. Beyond the glitz, glamour and prestige that these guys project to the public, of how a lot of people envy them so much, these are the elements that they are subjected to. The heat, the danger, positioning, consistency and the drive or urge to be number 1. Its a dream job as many would say, but I think the pressures involved in such sport is no walk in the park. So much work is involved, and hey, the costs I think are the highest of any sport.
Simply think:
-600Pesos for 12 Minutes of Karting.
-Real Racing: Millions for the car, engine, suspension and evrthing involved.
-Thousands for tires. Thousands for the team.
-Thousands for the monitoring.
-Thousands upon thousands for the driver.
-No wonder racing involves so much sponsorships.
I guess that 600Php for 12 Minutes of Karting justifies everything..