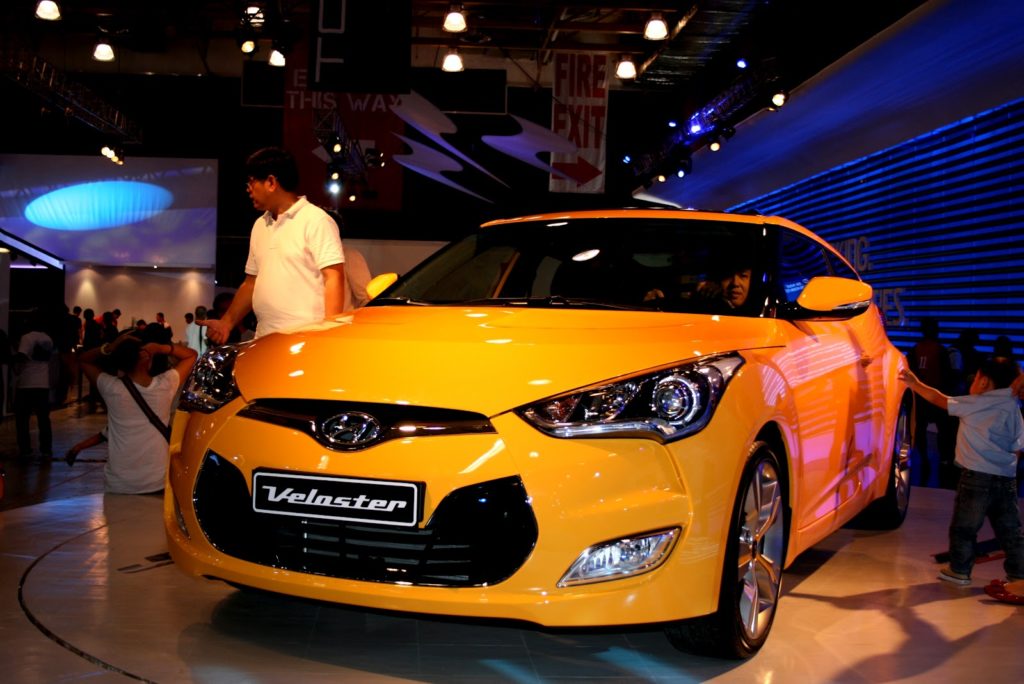 Looking at the picture? What does it convey to you? It
definitely isn’t a modern day Edsa revoltion symbol, wherein the kid innocently
reaches for, well, a yellow Hyundai Veloster.
The picture for me paints a thousand words, in our case, it
coveys to us numerous conclusions and a swift analysis on how the Korean cars
have evolved through the years.
Remember the Kia Pride, in all its compact glory,
occassinally you would see one breaking down at the street, remember the
numerous Korean SUVs in the 90’s which was so awful looking that Top gear and
US based magazines would often poke fun on, remember that MB100 which really
had a bad reputation for smoke belching and the tractor-like noise it emitted
as you probably was waiting for your “sundo” at the school parking lot.
Remember that Korean car, which your you and your dad, and probably some
friends would talk about, and most often, words like unreliable, ugly, low
resale value would sprout, and at the end of the day, after such an easy
debate, you would rather buy that Corolla or Civic. For years, Korean cars had
a bad reputation, as said earlier, it was the poster child for everything
undesirable about a car, the noise, weak parts, low value and design that was a
bit odd and off as compared to its Japanese and European counterparts.
Fast forward 20 years after. It’s summer vacation, you’re
probably on your way to the beach now with friends and family in a Hyundai
Starex, sleek and stylish, easily at par with its Japanese counterparts. You
may be with your girlfriend or wife about to have dinner, in your new Elantra
or Accent, with its styling and value much recognized by the US and UK market
as one of best so far, the boss you either hate or revere so much is probably
driving the Kia Sportage with its known LED DRLs with has benefitted so much
from Kia’s EX-VW designer. You’ll also be probably stuck in traffic on Tuesday
and take note as I tell you that a Tucson exists at every street or avenue. The
picture above for me symbolizes the clear emergence of the Korean car market.
The mere fact that its one of the stars at the MIAS going head to head it terms
of Sq-foot display with Subaru, Ford, Bmw and Benz is a clear indicator that,
truly times have changed ( Note: Toyota, Honda, Nissan and Mitsu I think were demoted
to less than stellar display areas) . The mere fact that Hyundai can ride the
wave of the green, compact and sporty models is a sign of progress, that they
can easily adjust to the market and not only be dictated by merely “just”
making a profit for a certain model. The mere fact that their cars such as the
Veloster or even the Sonata/Genesis have received attention from car enthusiasts
magazines and most importantly aftermarket support from various US, Japanese,
and UK parts manufacturers.
Remember your conversation with a friend or your dad as you
say:
“Hmmm, maybe in 6-10 years, we can buy a Korean car, by then
it’s as reliable and high-tech as a Japanese car”
Maybe that time is now.