Leave Rice on the Table? 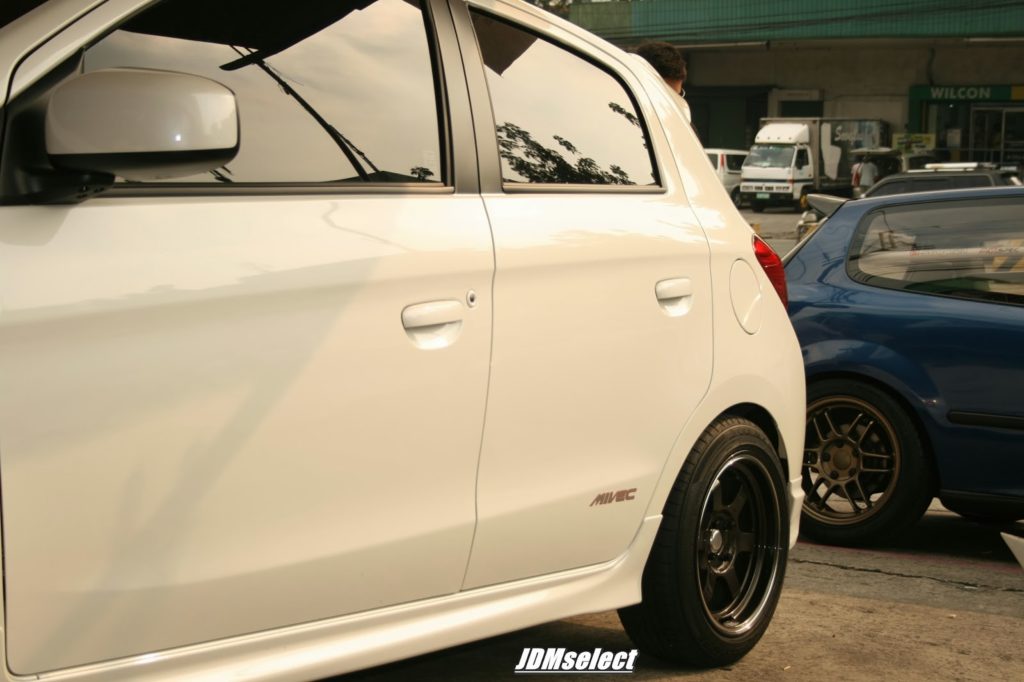 I was browsing through Facebook and some posts and comments with friends and their friends, and some acquaintances who I usually see on my friends request, I chanced upon the comment:

“Leave Rice on the Table”

They were commenting on a picture of a relatively clean looking Honda Civic blessed with just a CF Hood, wheels, some lesser know big brake kits, no seats, they were pointing out if the owner should include a Carbon Fiber Chin or not.

In my opinion, of course it looks better, because it adds contrast and the Carbon Fiber piece is as far as I know, 1 of few brought here for consumption. Fit and Finish is also perfect, a far cry from the local Fabricated Fiber Glass ones being sold for 1/8 the price, no offense meant.

I was curious, and couldn’t help but click on the guy who said such statement and there it was, just like a hyped-up resto which you really wanted to eat at and publicized well on paper and TV, and when you finally get to eat their offerings, you end up disappointed. Or the class bully, who everyone is afraid of, finally meeting his parents at a PTC, discovering how loving and loyal he is in front of his folks. Its that kind of feeling. Yes you guessed it, his car is as ordinary as they get.

The theme JDM has so many forms and features as of this time, that one cannot simply be proud or be the guru of such without digging deep into where the scene was really born from, and that has to be Japan. Have you seen those wild old school ZX’s with 20Bs and and Nakawatase San’s German tank inspired Silvia, or the Corollas with extra long tailipipes and such? Simply said, the scene is evolving that you cannot just simply claim what is rightful JDM or what should be. I think the right word that is probably synonymous to JDM nowadays is variety or creativity, or even crazy, rather than its 90’s identity of being “simple”.

Check out how Japan has embraced the USDM scene and has incorporated a lot of the elements which are usually found in the grassroots level in the US, then finding their way to top notch Japan builds. Check out the number of strict USDM Honda builds in Japan, with the need to convert to Left Hand drive, the dash, emblems, paint, trims, taillights, all strictly from the US market. And finally to put the nail in the coffin, have you witnessed how Japan has been in love with “stancing”? So how do you contend with that?

In my opinion it all boils down to Respect. If you cannot simply afford it, just keep it low. If you can and if it looks good on, go ahead and buy it.

If you’re on a budget, just do the best you can and love what you ride, there is no need to bash, claim and write an imaginary JDM bible on your own. 🙂