It’s a little more complicated than your Fast and Furious :) 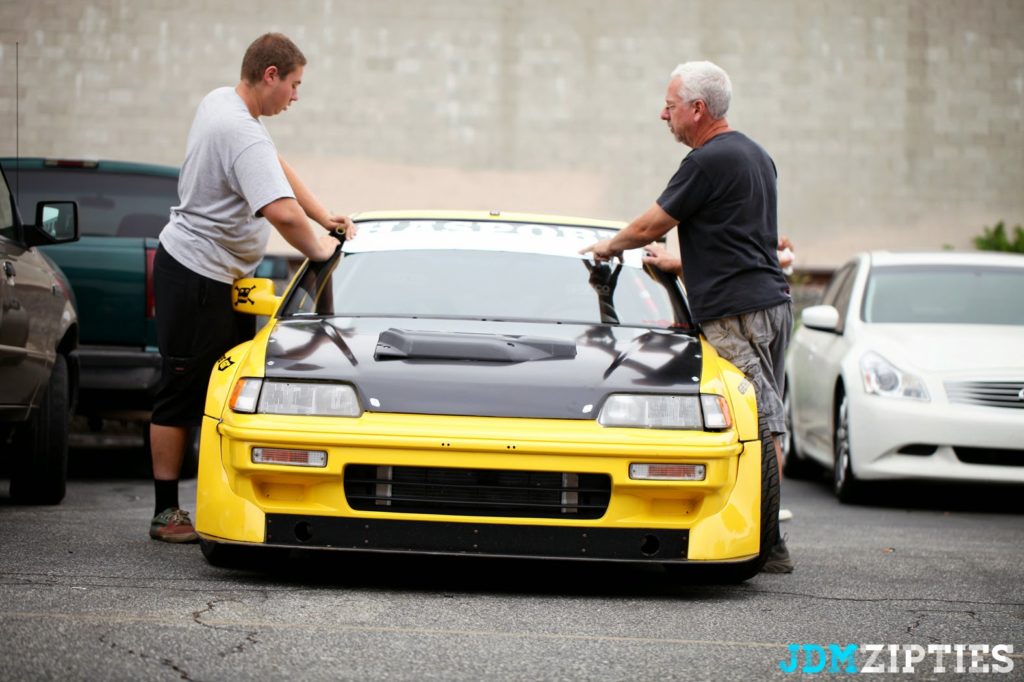 I’ve been attending car shows recently because some of the clients have been requesting me to drop by and probably say hi, or proudly introduce their models, but seriously, I don’t consider it as a chore, rather a mere exercise of my job or duty.

If there’s one person in this industry who wouldn’t talk badly about other people’s take on cars, or their style or theme, I’m one of them. I’m proud of it. I cringe whenever people take a beating at the Top Gear posts, if its baduy, or the car looks like its flying etc, I feel so bad for the owner, but thats just about it.

That’s why I consider this entry as a once in a lifetime thing, ill write as responsibly as I can, as mild and poetic as I can possibly be (lol).

As usual, I would bring a stock car, parked conveniently away from the venue. Bought my ticket as usual without any drama, I finally entered the “Carshow”, on the left I saw a built guy probably holding an airsoft rifle with camouflage paint on his face, he’s wearing camo uniform too, he’s well elevated just enough for everyone to see him. He seems proud. He’s part of the theme the cars on his background are trying to present.

Sometimes I wonder where class went. Was it simply forgotten or erased? Has Fat and the Furious possibly evolved in a way that KFC raises its Chickens?

I’m trying to limit my writing as not to offend anyone, you can sense that by the way I write this entry. I hope you don’t get bored, just simply read between the lines.

Moments like these make me miss the good old days and make me further understand the rage of purists, may it be from our friends at JDMunderground, or private people/enthusiats who hold so much pride on their cars, forumers, clients, other shop owners.

In the past I would always criticise the purists for, well, being too pure and would explain, in my own mind, the business side of it. But as my journey went on, I began to fully understand their role in the market, their job in this industry.

JDM purists, we really need them. Everyone has to accept and acknowledge that. To say it bluntly, they will save us with their Original wheels, their JDM interior, their well built engines, their RHD track cars, their hard to find and expensive parts. We need such substance to be engrained in this industry because without them, we’ll be left with nothing but _____________________…. 🙂

Beyond all the bright lights, the flashy paint jobs, gimmicks, LED’s that could light up a neigborghood, the wild kits, the beautiful models (and the totally weird ones), I would often pause for a minute. It makes my miss my ex’s brother whom I would ride passenger to. He had one of the first Spoon EK’s back in the 90’s. I was forever entranced by how his VAFC looked like, and would never forget how the first time I heard a B16B engage Vtec on a Spoon N1 Muffler.

I miss skimming through back issues of Superstreet and SCC at a small magazine shop at Megamall which used to be next to Carls Junior. I miss our trips to Highlands, during offs, my college friends and I would just go there for lunch, on convoy. Clean and simple cars whose tuning was dominantly form over function. I miss visiting my friend’s warehouse, who used to house so many Type R Engines. I would often call it wonderland. There came a time I would go there weekly to shop for parts, the pinnacle of the experience is buying parts whose brands are totally unheard of and only exist in motherland Japan. I miss the people at Splitsecond, they built my EK Hatchback but more importantly the friends we met though out the process and the times we brought out our cars. I miss the track days at Subic, wherein there was a lechon in the middle of the pits to celebrate our friend’s birthday while everyone was tearing up the track with their purpose built vehicles.

Whenever I see too much wild, too much shiny, too much LED, too much height and metal, too much rubber paint, too much weirded out setup and models, I simply find myself yearning for the fundamentals. As much as I would want to extend my writing, I got to catch some shut-eye.