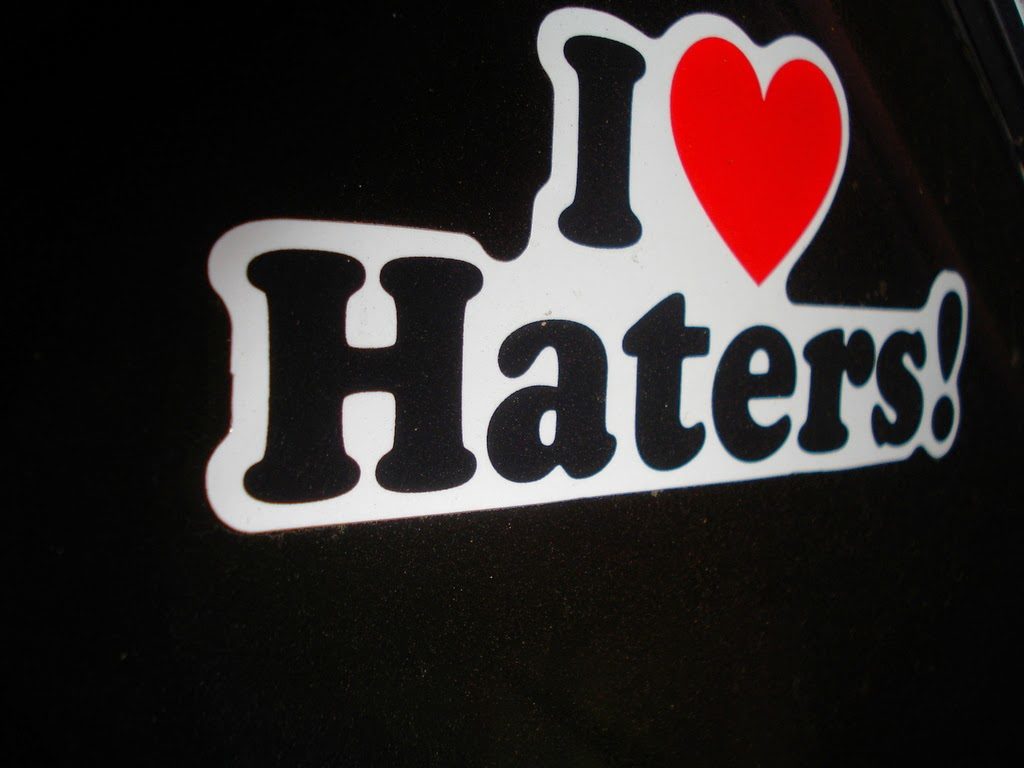 A few days ago, Topgear posted a picture of mine on their Facebook Page to be viewed by their 700,000 Plus Followers. And you guessed it, haters are going to hate. It’s basically a random pic at my garage of a Jazz and an Impreza, creating a contrast of Green Cars Vs the Gas Guzzlers who often makes trio to the gas stations.

If you follow my blog at jdmselect.blogspot.com aptly named Stay on the Left Lane, I have a couple of blogs that are about Haters. These are:

Connected More Than Ever

Leave Rice on the Table

For a long time I have been following the post by Top Gear and been an avid fan of the comments being posted in relation to the picture. I have often wondered how it feels to be in that centre spot, how it would feel to be hated, or being thrown negative comments on, something which does not happen to me ever primarily because I hate conflicts and consider them as an emotional baggage. I would often even see myself giving advice to my friends telling them to stay away from some troubles on the internet, or having a nasty 1one1’er at the forums or a certain Facebook thread. When people bash you in the internet, its just a wait-see thing actually. This is because you cannot be saviour-like and debate everyone, you’re only good as your handle, your prior posts showcasing your character and a few public pictures which everyone can fester on.

But I have always wondered, because at the back of my head, I could finally complete my curiousness and even trump everything I have written about these haters by actually being there”hated”. Sometimes in life you have to experience a certain emotion to awaken something in you. May it be for motivation, pure curiosity, to keep you grounded or to simply “feel” what others could have felt. Its no different from dating, or going for a long stroll or even a hike. Probably a road trip, or going out of the country to find yourself, to be lost and finding your way in the end.

By finally being at the centre or the hot seat, add to that, Top Gear even put a really aggressive caption by putting “Check out my Garage” which in the first place I know nothing about, it even added more fire to the comments being thrown at.

My Social Experiment has finally come to a close through that final “thing”. I do think that no matter how much you write about something, if you haven’t experienced it first hand, everything is just mediocre.

I do believe that each one of us has their “hater” gene. Its just that some are quick to react, or moulded and raised in a way that they can control it, while others on the other hand cannot. I know that everyone has their hater moment, this is dictated by our own upbringing, experience, standard in life, capability, buying power, standard, and educational achievement and background. I know a couple of people who hate B-Plated Cars, they have this certain discrimination against cars that are converted. The same goes for people who look upon a person’s school. I guess that extends to job applications and the like. Another would be a person who hates the fake stuff, as with my ex-girlfriend who owned 2 Channels, an LV, a Prada wallet, a couple of expensive shoes that I don’t remember anymore, she hated people with fake bags, or at least the ones who flaunt them as if their original. How about fake parts? I’m sure you know a couple or that can even be you. How about secretly hating the individual you never expected to be more successful than you are? Has that ever “secretly” crossed your mind and heart?


Sunddenly I remembered my friend Mr. Law Go who had a heated argument with a guy from Honda Club. It turns out that those guys are siblings of my batchmate from college. We ended up meeting them at Alabang for an EK-Hatch meet back in 07 and well, you guessed it, they definitely are one of the warmest and kindest persons you can ever meet in the car club community. Oftentimes, a person’s aura on the internet is total opposite of what he is as a person. Internet conflicts are resolved my simply meeting them in person.

In every facet of life there is a hater, it cannot be avoided since each one of us has their aspirations. Its nearly impossible to be a noble as a saint after all.