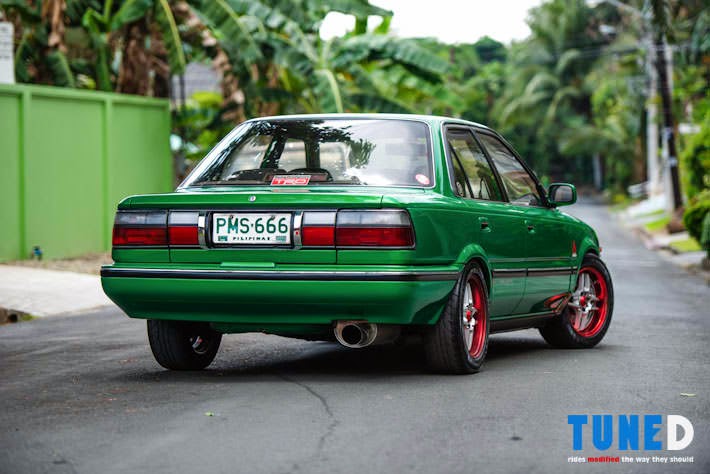 Our industry has tons of groups, from several ones from the Toyota’s, Mitsu’s, Honda’s and their numerous subgroups and area-based groups winging it out from North to South. As a shop owner I’ve always been a good listener to clients, may it be personal or car-related. I get that countless times. I was talking to a client of mine, as usual, (I )was all ears
with some gripes they had with their group. They wish they had more to do such
as charity or voluntary work, or stuff like a plant tour or a seminar. Rather
than going just for eats, drinks or basketball. Or EBs at Mcdo, or a gas
station and the like. I gave some advice, such as not that it will create any trouble
within them, but in summary, just basically gathering everyone for a meeting,
hearing out everyone’s opinion and taking note of them. Basically getting their
voices out. I have always believed in getting your opinion out, no matter what
the cost. I remember being in trouble many times with my EX’s family members by
always doing this. I had my opinion on things and I would usually say it at
face or through Facebook because I believed it was the right thing to do and it
was, on normal-people-standards, absolutely wrong.
In complete contrast, here’s a group that for all
expectations and standards has exceeded them. A model group in many ways, an
envy of many and treat to existing and would-be sponsors, but deep unto the mechanics
of such groups are members who can’t handle such standards, or can’t keep up.
Or members who for some reason just simply want to oppose the “leader”. I’ve
even witnessed members taking advantage of some loopholes in their established
system. I mean are you serious? Here you have a group that’s even better than
the Euro clubs, and you can’t contribute in taking care of it? Are Filipinos
naturally such? Talaga ba na ang Pilipino are mga natural na aktibista and mga
raliista? Its just a simple reflection of taking care of something that’s
already great, that’s all. Or if you see and witness someone who’s obviously way
beyond you, or have done such greats, why don’t you just accept the clear fact
that he’s better than you, cooperate with him and live your life as you usually
do.
If only you had a god-hand and mix and match the members for
a perfect combination right? I guess that’s how life is. You yearn for
something that you still don’t have. You become unsatisfied, bored or want some
spice when everything seems too perfect and in order.
You get a girlfriend who’s so white, tall and beautiful and
all of a sudden you see yourself crushing on a plain looking morena on a back-pack
and torn pants. Or from wife material to completely the opposite. You have a
house already and all your cars are parked good and well, and yet you want to
buy that condominium in the middle of Makati because you want to feel that
certain buzz and chaos which you haven’t felt because all your life you’ve been
working for your family business. Or going for a simple motorcycle ride rather
than your car, because there is so much freedom and the feeling of air rushing
through your face and the varying temperatures in between places are all too
priceless to you. How about driving an STI, an Evo or a high end Mustang, and
suddenly you just woke up with laptop in face at OLX or FB, looking for a Civic EG or a AE92
Corolla as a new project.