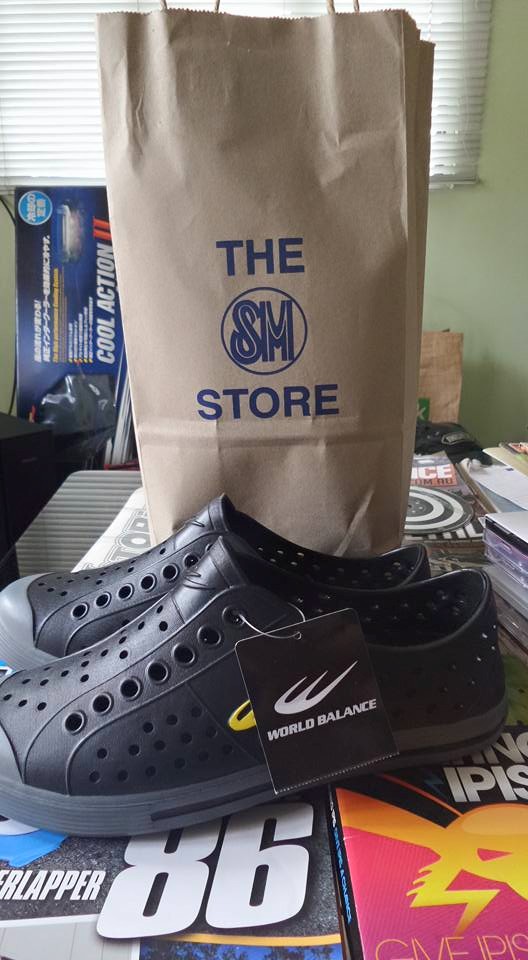 There are a lot things I learn out of getting stuff for my staff say for example their work clothes, minor equipment, cleaning materials and especially shoes. In the wet market in Marikina or let’s just mention the SM department store para naman hindi shocking sa ating mga sosyal na magbabasa and since prices are almost similar testament to how SM is that competitive, I get to buy rubber work shoes as long as 199 pesos, the better designed ones are at 375 from World Balance. I therefore reflect on how that is similar to enthusiasts who have been through the EF EG EK days and being able to walk the streets of Banawe and scour the side streets for cheap useable parts and the like. I’ve always thought that it makes an enthusiast more complete, and that he values his build more than individuals who didn’t do or experience such and just simply had it in one click of a finger courtesy of loving mommy and daddy.


Maybe another way to complete an enthusiast is to be involved in a form of motor sport such as slalom, circuit or drag. Formal though, sanctioned and safe of course. I am completely humbled by my client who drives a PH16 EG as his daily and his regular competition car for slalom races. Though he may not have the B16, B18, K20, The original Recaros and Bride seats, STIs or the BRZ or the TEs or high priced turbo kits but way deeper and farther than that, he is actually the complete guy. He’s probably all greased up works on his car on Saturday nights, details on a Sunday. Second looks on his humble garage before he sleeps and looks forward to a day of surplus shopping on a boring Wednesday. As I stared at them via the CCTV camera, so happy and joyous of the simple original MOMO Prototipo he bought for his EG. He was so drawn unto the whole install process that its almost as if he could have installed it himself without our help. At the back of my mind, is it possible that such breed would become rarer in the coming years? Has the gap created by new, modern and high tech cars continually grow and give way, only naturally to a different breed of enthusiasts. I’m always impressed by guys who take the effort to build older cars.


Words like fix, repair, frustrate, depressed, finally, fixed, fast, thank you and finish seen in their Facebook posts. I wonder what joy and appreciation shall our future sons and daughters will have if they bring the tune cars of the past and parade them in school, in front of the 2025, 2030 model Civics, STIs, Corollas and the like.