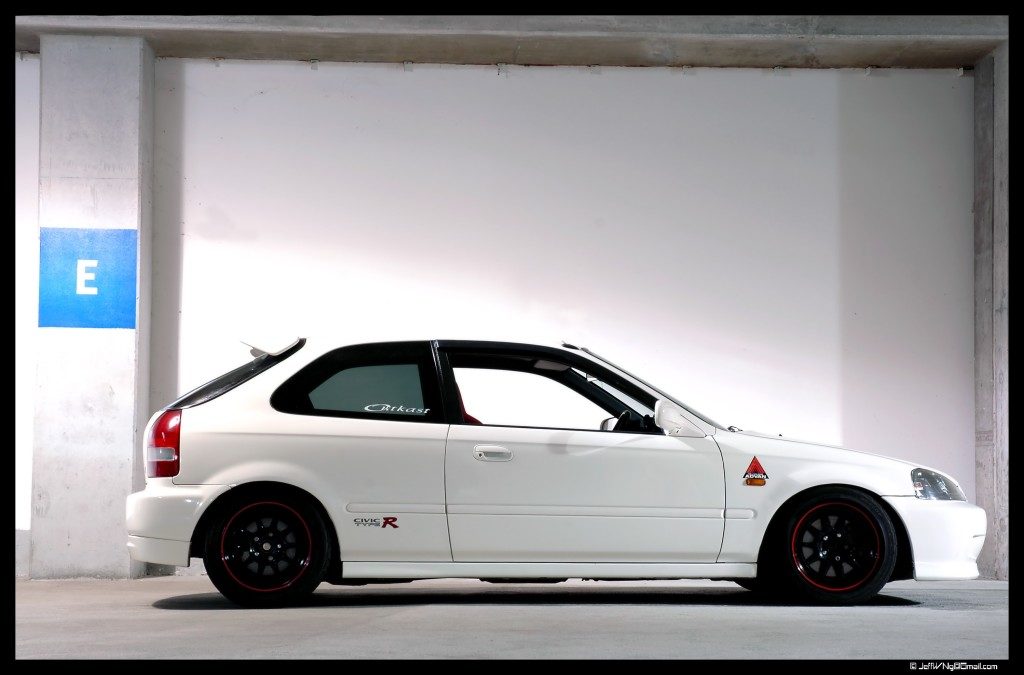 I understand people who really use their cars and give little value to the word preserved and low mileage. I mean, there are two types of enthusiasts. First the one who preserve, then the second wold obviously be the ones who use. It works both ways actually, especially in the second hand car market. Both compliment each other say for example a friend who sold his 95 pristine EG Hatch to another friend who’s looking for one. In 1 week, the EG got a new Bseries transplant, a new paint job plus seats, brakes and suspension. The effect is simply phonemonal to say the least.  To receive a well preserved EG and inject the best parts on it is a recipe for success to matter how you look at it. The same goes for the Corollas, the Silvias, Lancers and STI’s out there. I’ve always believed in using a car to the best of its abilities but at the same time pampering. In an ideal world it would be nice to have it sit at the garage for months and weeks but you know cars are built to run, 75% of its purpose is to please the mind and heart, to awaken the senses and to say the least, keep you inspired to work harder and look forward to each day.

Things that stem from this are parts, which we all buy and is a huge industry, the media, the interwebz and traditional print. Do not forget of all things motorsports, that in the end of the day, eveything is centered upon it. As enthusiasts, we buy using the heart first, then the mind. As a shop owner if you put money first instead of putting yourself on the customer’s shoes I think that would be defeating rather than nourishing. To oblige yourself rather than waking up in the morning and doing what you love.

Just some random thoughts before getting after a long road trip to the north (and some wilderness). I’m so happy that finally I got my day-off, after like what, 4 months of no weekends and holidays. The recent months have been very exhausting, but I’m very thankful of the blessings.

Why do I write? Because brains. 🙂 More than parts and the flashy cars.

Substance is what makes us human. Priceless and cannot be bought by any amount of money.