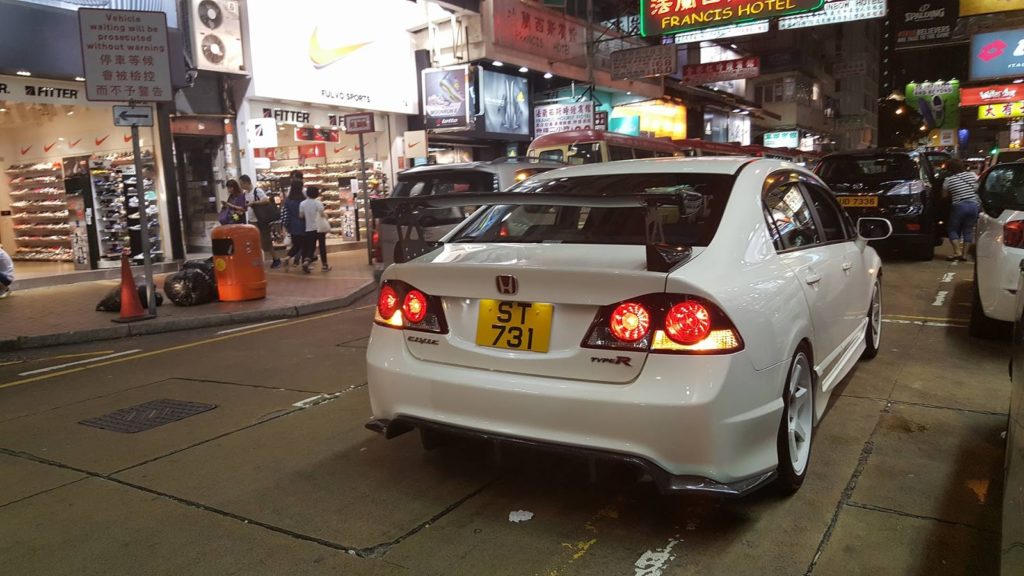 Because like everyone, each of us, the enthusiast come from different background. Some were born at a time of convenience where items could be searched easily, brought in easily and there are express shops for performance upgrades. While others lived in an era of motor sports, burnt rubber, with a strong lineage to the balance of handling, lightweightness and power in general. Others are purists, who pattern themselves or rather their builds to its counterparts from Japan. To the Js Racing themes, to the Spoon ones, to the M&Ms of this world, to specific parts such as high end wheels from Rays or Work, to carbon fiber panels quadruple the price of fab ones. How about some hard to find interior pieces, to street cred rooted from having 1/100 or 1/50 in the world. So through these things, we can get a backgrounder why his car or project is built that way. Why he has a Jazz that’s clean-built so low to the ground, because he has his roots from staying in the states for a couple of years. That air is the way to go rather than static. Why Ron has a Civic SIR for the weekends, dropped on Coilovers, lightweight RE30s, those gleaming blue brakes which I know you’ve guessed, Cusco roll cage and all, and CF galore. That pink #64 on his windshield trying it’s best not to fade, signifying that these cars only mean business, burning rubber on weekends and trying catch that elusive track record. Joel on his Evo8, with a catalog-full of Tomei parts, his appearances in various magazines is a testament of how well sorted out his parts are, therefore appealing to the JDMU-level purists but making sure the most “picky” enthusiast broke his neck as he would attend and park his car at the posh meets at BGC. How about Gello’s EK9, he prides on a clean and pure EK9, only authentic SW388s, Spoon Brakes and his trusty Apexi N1 suspension and nothing else. That he prefers to have a pure build rather than having something that attracts too much attention or as other say it “overdone”, “boyoyong” or too much “burloloy”.


In our lifetime, I mean in this generation in the advent of newer and more affordable cars, we’ve sure had our personal battles number one of course with our selves as we talk to ourselves and critic some riced out cars, to the forums and group pages, trying to be as polite as possible by using IMHO, Paps, papi, with all due respect, no offese and what not, educating, teaching, illustrating to the younger generation how builds should at least look like.

Food is served, and now I’m about to enjoy my late dinner. That was quite a day, as always, thankful. Good night everyone.