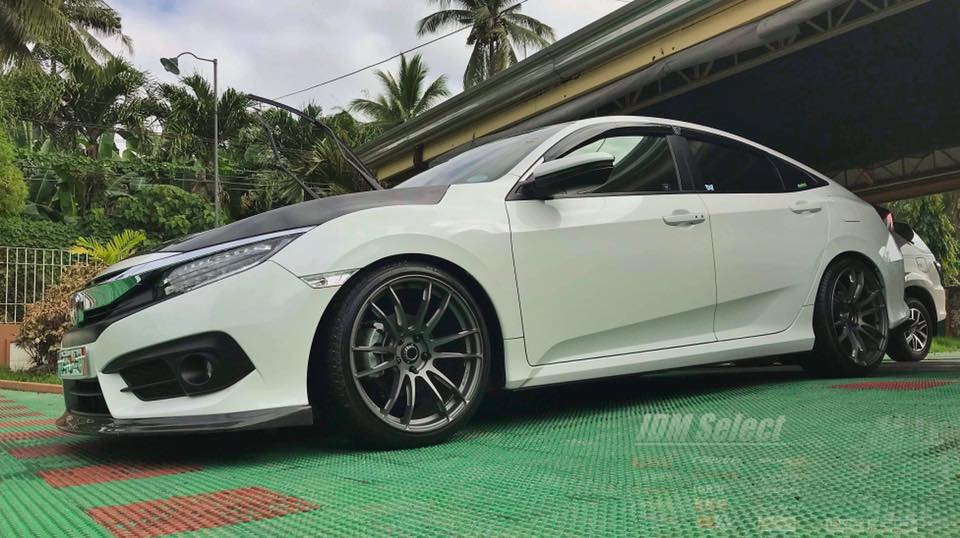 Hindi pa came ready maging “baduy”. I think that statement says it all. Of the struggles of someone who has lived in the EG/EK era, did business on his own, got lucky, worked hard and is staying true to his roots in this present era. Napakahirap. To maintain such outlook in tuning, and walk that fine and almost fading line between keeping it simple and functional, or gaining a huge profit from selling parts that go against your belief, parts which you would never dare install in your car. Simple as that.

The battles we had at South taught me a lot of things. That other shops actually push products to clients even if its actually not needed. Just to make a profit, just to include it at the spec sheet, just to say its more complete or for them to post something on FB or IG. Surely these people in my estimation, woke up one morning, thought of getting parts from a supplier and selling them for profit and call it a day. Wag mong kalimutan yung Facebook post nya na kulang ng subject verb agreement. Salamat sa mga magagaling ko na teacher sa Ateneo.

The pride of the enthusiast who’s lived in the EF/EG/EK era’s is a real passion for building cars. Of keeping it clean, simple, effective, reliable and of course, making use of the best brands possible. To be honest with you when I help my clients I try to make the transaction as smooth as possible annd avoid hassles on their part and mine. I hate being baduy though sometimes to tell straight its unavoidable, but we try as much as possible not to put those weird looking lights on your brand new 2018 RS Civic. I even put quotes on our wall, snippets of the style we believe in and the form we strive for. Hmm, what else, ah yes, we’re not there yet calling our cars cute and funny names nor we want it overdressed. Like women, we want to keep it simple, less makeup, let her real beauty shine but when you ask her on a random date from posh hotels, to a simple date at a kubo-kubo resto at Tanay, she’s game, she’s ready to go, hindi maarte, parang kabarkada mo lang, hindi naiilang at nakasimangot, sa halip ay natatawa pa, sumusugod pa, at nauuna pa sayo. You want to bring and introduce her to your parents and friends? Aba pwede. May utak, may gilas, may galaw, not a girl whose world revolves around bags, makeup, events or the dire need to post everthing on FB and IG. Nopes.

I remember a public figure in motorsports who I’m sure you know and has in many ways became a mentor to me. The kind of guy who’s sikat na nagsisismula na yung event nya, di pa sya tapos makipagkamay at magpa picture sa mga tao. He told me, choose between two simple things. Gain the profit that you need, or preserve the dignity of your client. Such words are engraved to mind to this day, it also serves as a reminder of our purpose and direction as a shop.

Motorsports. Thats one of the main factors of such difference. Of someone who had participated in racing, and has involved himself in such, someone who wants it lighter, simpler, faster as compared to someone who would want his clients rolling on 67 pcs of LED lights, fake stuff and recommend parts that do not really mix well. Yun any difference. Cars are machines, those are built to run. Those are made to make you smile on straights and corners whatever may it be. We daydream about time attack STI’s, Evos and Civics, ripping though the race track at unbelievable lap times, we dream of limited edition parts, those timeless Rays wheels and big budget builds that win SMX shows.