JDM Underground. The Pioneer of Cool 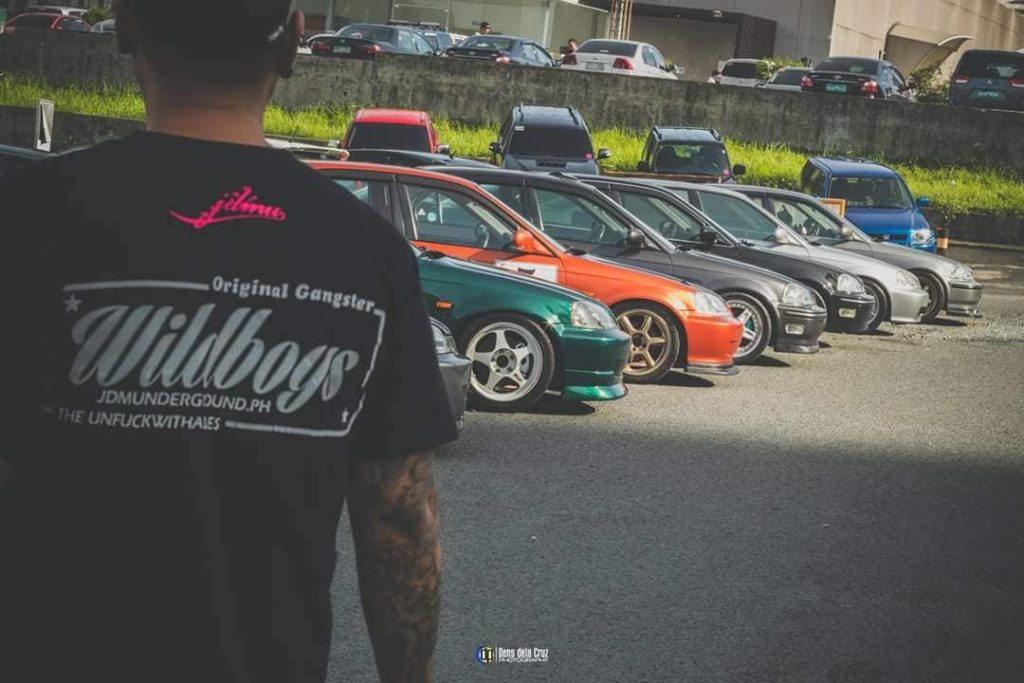 <<<pic courtesy of sir Dens Dela Cruz>>>
I received a random meet invitation through PM, it was a gathering if I’m not mistaken going to Marilaque. I had a white EK Hatch, I was an online seller back then and also worked a day job, I had a small office at Project 3, and usually flooded the forums with my stuff. It was 2008 and forums are king, such meet would later on be known as the first JDM Underground meet. It was memorable to me, and I clearly remember it because first, I was not able to join because I had reservations of attending since a close friend of mine back then had this conflict with one of the founding members of JDMU (something common back in the day). Second of course I was envy because my others set of friends went and had tons of pics to show me come Monday and of course third, JDMU is one year younger than the company which I built myself, on March 22, 2007.
In my opinion, JDMU is the pioneer of cool car groups, or during the latter part of its existence, the pioneer of cool car meets. It was the anti thesis to everything baduy, to everything generic and usual. It cringed at fake wheels, caliper covers and odd paint jobs. It clearly didn’t approve of fake GT wings, misplaced stickers, underglow lights and well, in its entirety, lousy parts that didnt mean a thing. It mocked and laughed at poorly made and fake products which are sold online, generated captions and memes were like lessons one could almost learn from. In a world of JDM, of the coined term Japanese Domestic Market, only original parts mattered, speed and performance are two important facets which they uphold and the often misunderstood and debated, function over form slogan.

Fast forward 2018. From a bunch of purist who found love and built their families from an institution called Honda Club, it has grown coverage and appeal to new guys of course with the help of Facebook. It was a killer too though, since most of not all migrated to FB as a medium of interaction. Ultimately its community grew, so is its influence, mainly its purist, clean and all original approach if I may reiterate.

Such meets at JDMU taught me time out of work. It also helped me appreciate today’s car culture beyond its business side. The business side which is most often blinding and make you a slave. JDMU meets also remind me of something I uphold at the shop as I only serve sport compacts, and never anything beyond it if you know what I mean, to protect my friend’s business, and to prove that we can make a living and employ people and their families by sticking to what we really know and started on from day 1, never to “migrate” to another market and stay loyal to the culture and industry. Tania always pushed me to attend these meets, she encourages me constantly to take an early off from work during Sundays just to witness these meets.

Let it be known that JDMU, beyond its image as a strict, original only, closely knit purist group, is a clear and constant niche in our culture. Maraming grupo ang naimpluwensyahan ng JDMU, even coming up with other groups and meets with a similar and somewhat obvious target market. Photogs and pages were also born out of JDMU, new people met old people, the HCP-era guys met the new Facebook/Google age guys (as I call them) at shempre nandyan yung tatay na high waist na mahilig mag exclusive class picture (wink wink), collaborations were done and dealt at marami pang iba. No doubt it was an evolution and a revolution.

Ayun! I’m done and I challenged myself to write this blog with no mention of any car (except the one in the 2nd sentence) or any brand haha. So there you go, a 5 minute blog from yours truly, ang dami gagawin bukas nakakalula, so time to catch some shut eye. Good night! Be good!